This author admin has created 7 entries. 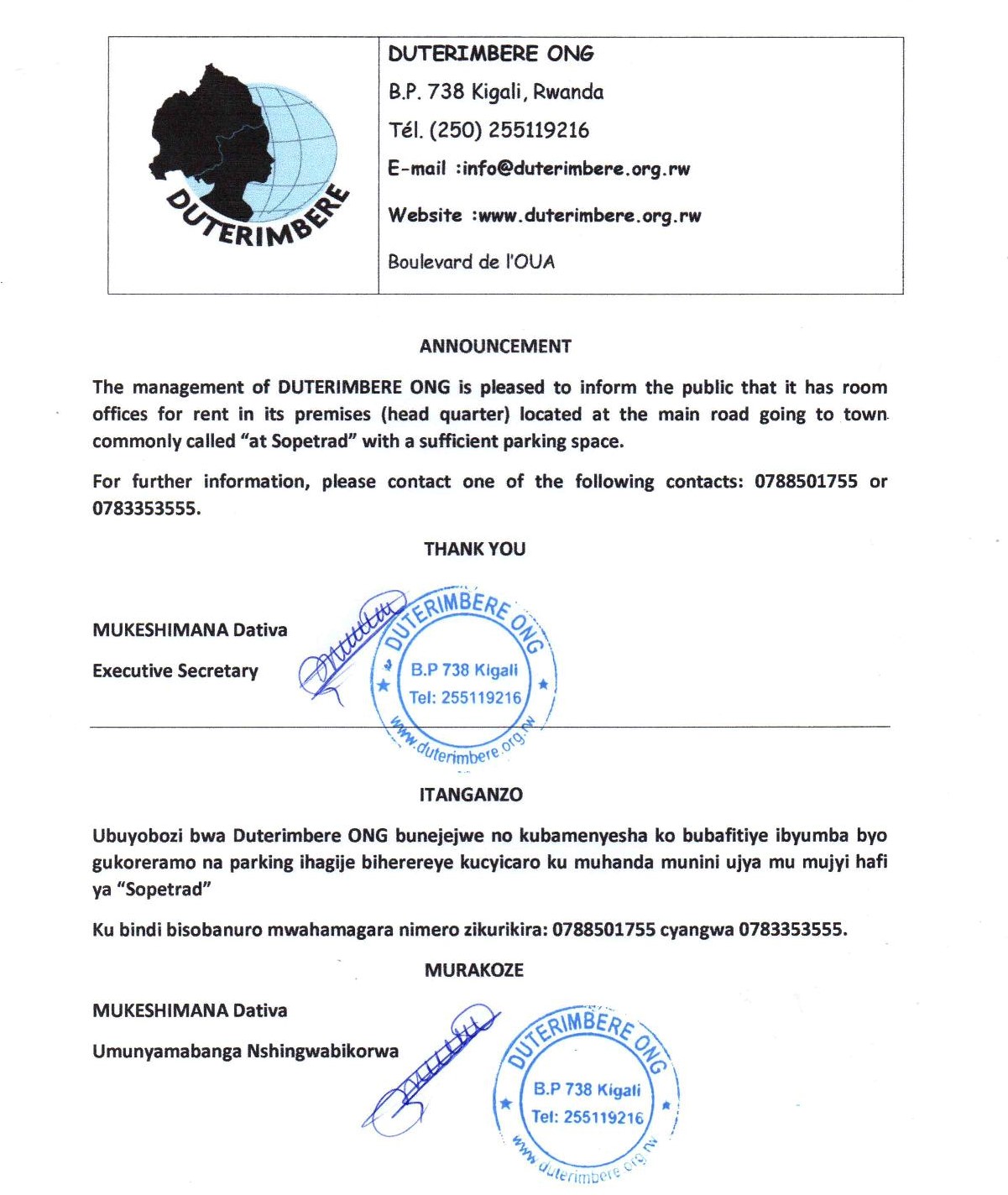 DUTERIMBERE ONG in partnership with Oxfam supports her project beneficiaries to participate in Muhanga District open day event where farmers exhibit their horticulture produces and are linked with markets. This event is also an opportunity for showcasing the project’s successful models to other stakeholders in the same sector. This initiative is under climate resilience and food security for women economic empowerment. 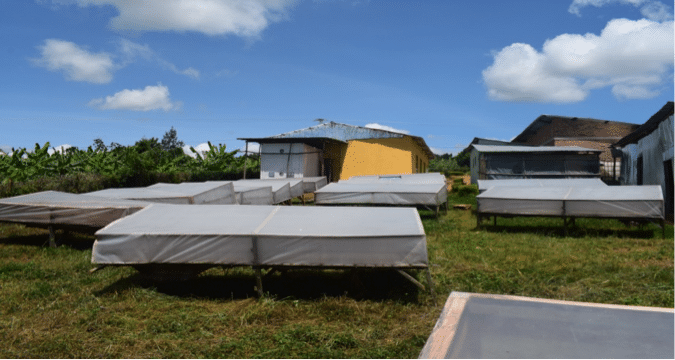 Merciana UWAMWEZI is a woman entrepreneur who owns a company (Natural fruits drier) in Nyagatare District that DUTERIMBERE ONG is proud to have support from the grassroots and is progressing well. This woman entrepreneur started with the project of pineapple multiplication and gradually started pineapple farming way back in 2012. The project, under funding from Oxfam and implemented by Duterimbere ONG supported this woman to start pineapple drying using solar energy (Plastic driers). The journey has today seen this courageous entrepreneurial woman get a bigger drier that uses Gas to continue her business of pineapple drying and as well producing pineapple juice and wine.

Duterimbere ONG in partnership with Oxfam support farmer cooperatives in establishing demonstration farms of fruits and vegetables. The main objective of this activity is to produce quality and quantity of the vegetables and fruits as well as being a learning point/field for the rest of the farmers. The farms are established and farmers are given advisory extension services throughout the engagement in order to be used at their full potential. Each model farm at least has a 2 ha fruit/vegetable garden well maintained with all required inputs (organic manure,

OXFAM IRELAND BOARD OF TRUSTEES VISIT TO DUTERIMBERE ONG

DUTERIMBERE ONG was honored to host Oxfam Ireland Board of Trustees on 19th June 2017 at our offices and thereafter on 20th June 2017, the guests were led to the field in Muhanga, Rulindo and Gakenke District to meet beneficiaries and Local Government authorities in the respective Districts.

It was all exciting to interact with the beneficiaries and see what they have achieved in the name of improved livelihoods. The testimonies from individual members and the other actors in the horticulture value chain was so impressive. The recommendations from the Guest team to both beneficiaries and the Partner were much appreciated.

TERMS OF REFERENCE FOR EXTERNAL AUDIT OF DUTERIMBERE ONG

Please submit in both your technical and Financial proposal to carry out an Audit on our Organisation for periods January to December 2016. Check the attachment for the requirements for this work.Terms of Reference for External Audit

TOR for construction of 60 water tanks in 3 project districts